The people which sat in darkness saw great light; and to them which sat in the region and shadow of death light is sprung up. (17) From that time Jesus began to preach, and to say, Repent: for the kingdom of heaven is at hand (Matt 4:16-17).

Picking up where John the Baptist ended due to His imprisonment, Emmanuel transitioned to His teaching ministry throughout Galilee of the Gentiles (Isa 9:1) in the center of Herod’s kingdom (vv. 14-17; cf. Mark 1:21; Luke 4:31). While John the Baptist announced the conclusion of the old covenant, Jesus revealed the new with the long-awaited kingdom of heaven (kingdom of God) at hand. In Jesus, the kingdom has come. He brought the kingdom’s mission and purpose to Capernaum, a densely populated village strategically located by the Sea of Galilee for ministry and ripe to meet the multitudes due to its many bustling crossroads. Gentiles also heavily populated Galilee. 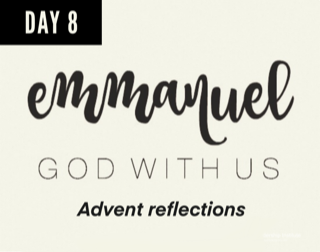 Though the Jews rejected Him as such in Nazareth, He brought nigh the kingdom of heaven continuing His ministry in Galilee. Emmanuel’s presence–God with us–brought a broad light to a people darkened by oppression from Roman occupation. Converging on the crossroads of Galilee, He walked among people both diverse ethnically as well as politically, yet similar economically working the land or sea. As the monarch over the kingdom of heaven, it signifies Jesus’ rule and His unchallenged reign or authority (Ps 103:19). Jesus inaugurated the kingdom in the fullness of time–the arrival of Israel’s expected King (Mark 1:15); the Messiah redeemed it through His death and resurrection (Col 2:14-15); and He will return it during His final, righteous reign (Dan 7:14; Rev 19:16).

The Light, both divine and human, comprises the full character, personality, and quality of the one God (John 10:30; 15:9-10). In Emmanuel, the invisible God revealed His express image (Phil 2:9-11; Col 1:1:15). Therefore, Jesus fulfilled Isa 9:12: “The people who walked in darkness have seen a great light: they that dwell in the land of the shadow of death, upon them hath the light shined” (cf. Matt 4:16). The Light preached repentance of sin to prepare them for His kingdom (4:17). Emmanuel made His presence known to them (Luke 17:20-21) teaching, preaching, and healing all manner of sickness and disease throughout Galilee (e.g., Matt 4:23; Mark 1; Luke 4). He took on the human role of.servant “to give His life a ransom for many” (Mark 10:25). To the Gentiles, the Light would bring revelation in His first advent (Luke 2:32a). To the Jews, God with us walking among His people would deliver them offering the covenanted kingdom to Israel as the promised Redeemer and glory of His people Israel (Luke 2:32b). The  Light dawning in the darkness and shadow of death would return them from exile (Isa 9:12; cf. Matt 4:16-17), and shine in glory on Israel in His second advent (Luke 2:29-32).